Indigenous Art in the Law Atrium

words that are lasting

The fall of 2018 saw the culmination of a multi-year project to introduce Indigenous art into the atrium at Queen's Law: a public work to honour both Canada's Indigenous legal traditions and the principles of reconciliation.

Artist Hannah Claus prepared this artist's statement, now featured in the atrium along with the work:

Wampum belts are woven lengths of purple and white shell beads that record nation to nation agreements and governance structures in the oral tradition for Eastern Woodland nations, and the Haudenosaunee Confederacy in particular. As mnemonic tools, every aspect within a wampum belt is significant: from its dimensions, to the symbols, to the lengths of sinew that hang down from either end. A wampum belt is a living object and embodies an active engagement. Its words are meant to last “as long as the waters flow, the sun shines and the grasses grow”.

Six of the suspended units in this installation represent existing Haudenosaunee belts: Everlasting Tree, Dish and One Spoon, Ojibwa Friendship, Old Fort, Council Fire and Kahswentha or Two Row. Squares and diamonds signify the council fires of distinct nations. Vertical lines indicate the bonds between them. The seventh unit however, is an invention. Its blue colour is a reminder of the Bay of Quinte and the sky. Its three diamonds honour the Kanyenkehá:ka, the Algonquin and the Mississauga: the three nations that are the custodians of this territory. Together, the seven belts speak to the past, present and future of Indigenous relationships.

The artist would like to acknowledge the assistance of Alan Corbiere (Anishinaabemowin Revival Program Coordinator, Lakeview School, M’Chigeeng First Nation, Researcher, Historian) Jan Hill (Director, Indigenous Initiatives, Queens University and Clan Mother, Tyendinaga) and Jonathan Lainey (Curator, First Peoples, Canadian Museum of History) in the research of this artwork, as well as the online resources of the Jake Thomas Learning Centre and the Wampum Shop - the website of Ken Maracle (Faith Keeper of the Lower Cayuga Longhouse).

Following her selection as creator of the Indigenous art installation in the atrium of the Queen's Law building, artist Hannah Claus sat down with internationally renowned architect and Indigenous activist Douglas Cardinal, LLD'18, to discuss art, architecture, and the importance of reconciliation -- particularly at law schools.

Hannah Claus also provided more in-depth comments about the work, the creative process, and its resonance for her and for the Indigenous community in a follow-up interview on the day the work was mounted at Queen's Law:

Hannah Claus is a visual artist of English and Kanyenkehá:ka heritages, currently living in Tiohtià:ke (Montreal). She is a member of Tyendinaga - Mohawks of the Bay of Quinte. 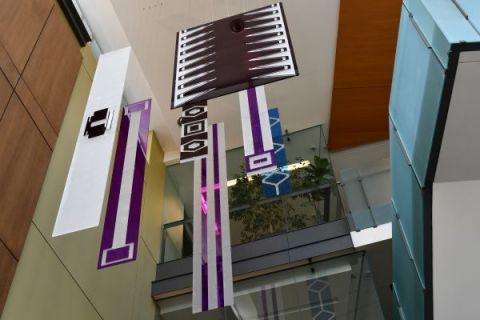 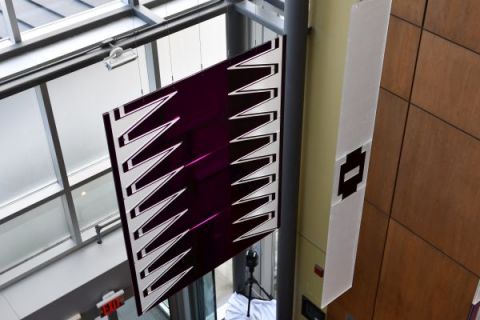 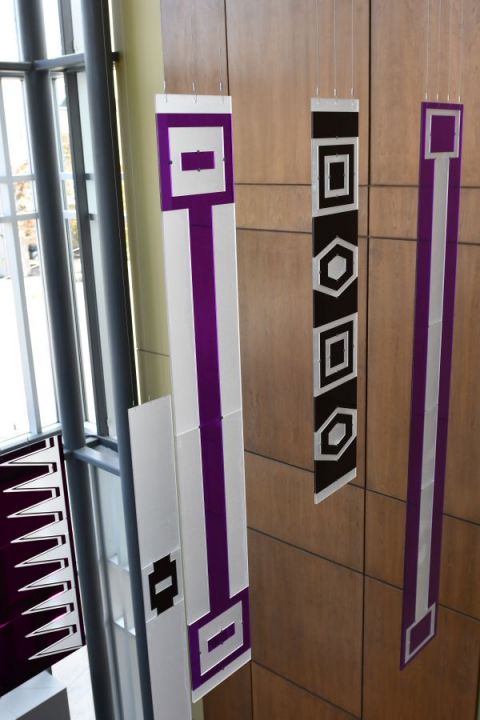 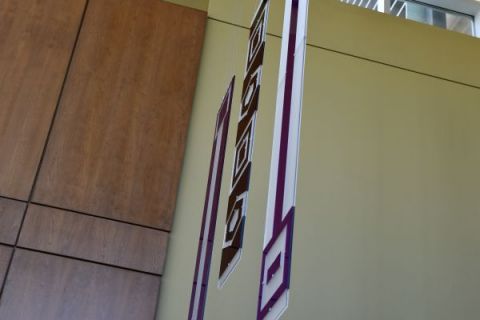 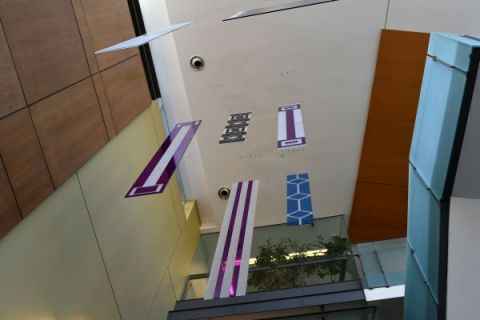 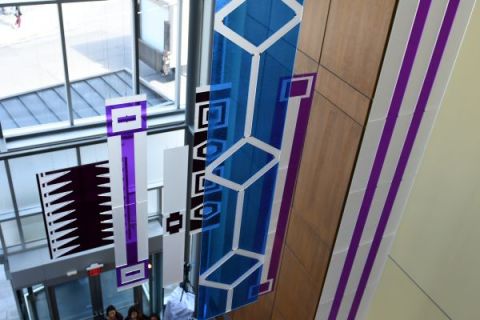