Queen’s Law has an international reputation for research and teaching excellence in legal and political thought.

More than a quarter of Queen’s Law’s full-time members conduct research primarily or exclusively in the area, including Benjamin Ewing, Michael Pratt, Darryl Robinson, Jean Thomas, Sabine Tsuruda, Mark Walters, and Jacob Weinrib. The Faculty’s Canada Research Chair, held by Grégoire Webber, is designated in Public Law and the Philosophy of Law and one of the Faculty’s Queen’s National Scholars, Ashwini Vasanthakumar, is designated in Legal and Political Philosophy.

In addition, Queen’s Law has made a number of fractional appointments of high strategic value, including Professor Leslie Green, the Oxford Professor of the Philosophy of Law, who has an appointment as Queen’s Professor of Law and Distinguished University Fellow, and Will Kymlicka, the Canada Research Chair in Political Philosophy in the Department of Philosophy, who is cross-appointed to the Faculty of Law. The Oxford Professor of Political Theory, David Miller, has also taught an upper-year seminar at Queen’s Law.

The Colloquium in Legal and Political Philosophy is a seminar series that brings distinguished visitors to Queen’s and a for-credit course. Students registered in the Colloquium come from Law, Political Studies, and Philosophy and meet with the Colloquium conveners to discuss each paper that will be presented by a leading legal or political philosophy, and then meet with the author, faculty members, and invited guests for a workshop about the paper. The Colloquium promotes close collaboration between legal, philosophical, and political studies by bringing together students and faculty from these overlapping disciplines to engage in rigorous intellectual debate. The Colloquium conveners are Professors Webber and Thomas, both of Queen’s Law with cross-appointments with the Department of Philosophy.

The Graduate Program in Political and Legal Thought is a collaborative degree that allows students to specialize in social, political, and legal theory. Students complete an M.A. in the Departments of Philosophy or Political Studies, or an L.L.M. in the Faculty of Law, by choosing from a broad range of designated courses across all three disciplines. The only course of study of its kind in Canada, the Program in Political and Legal Thought provides an exciting opportunity for interdisciplinary engagement with leading scholars in a lively intellectual community. 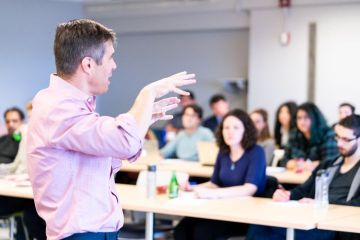 Colloquium in Legal and Political Philosophy 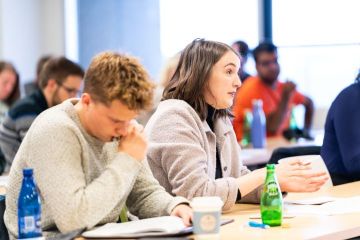