Ashwini Vasanthakumar is an Associate Professor and Queen’s National Scholar in Legal and Political Philosophy at Queen’s Law School. She holds an A.B from Harvard; an M.A from the University of Toronto; a J.D from Yale Law School; and a DPhil from Oxford, where she studied as a Canadian Rhodes Scholar.

Prior to Queen’s, she held positions at King’s College London, University of York, University of Oxford, and Jindal Global Law School. She is a researcher at the Institute for Futures Studies (Stockholm) and will be a Visiting Fellow at the Centre for Fundamental Rights at the Hertie School (Berlin).

Vasanthakumar’s research explores political authority, membership, and obligation. Her monograph, The Ethics of Exile: a political theory of diaspora, will be published by Oxford University Press in late 2021. Current research projects include: privatization and legitimacy in border control, victims’ duties to resist their oppression, and transitional justice as transnational justice.

Her research has been supported by a SSHRC Insight Development Grant, a British Academy Rising Star Award, the Swedish Research Council and the Wallenberg Foundation.

For a full list of publications, please see ashwinivasanthakumar.com 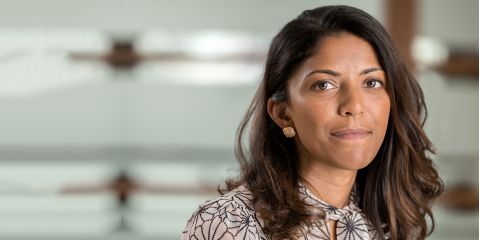 Listen to Ashwini Vasanthakumar discuss Do Victims have Obligations Too? with host Dave Edmonds.