Benjamin Ewing is an Assistant Professor at Queen’s Law. Prior to joining Queen’s, he was a Visiting Assistant Professor at Duke University School of Law. He earned his PhD in Politics from Princeton University, his JD from Yale Law School, and his AB in Applied Mathematics-Economics from Brown University, where he graduated magna cum laude. At Princeton, Ewing was a Laurance S. Rockefeller Graduate Prize Fellow in the University Center for Human Values. While a law student at Yale, he was a Coker Fellow and, in the fall of 2009, a research assistant to Associate Justice Stephen Breyer of the Supreme Court of the United States.

In his scholarship, Ewing analyzes the moral and political foundations of different forms of legal responsibility for wrongdoing, particularly criminal punishment. He is especially interested in what it means to have a fair opportunity to avoid crime and punishment. He has developed a distinctive interpretation of fair opportunity to avoid crime that helps explain, among other things, the moral significance at sentencing of whether a defendant came from an unfairly disadvantaged background or committed prior offenses. 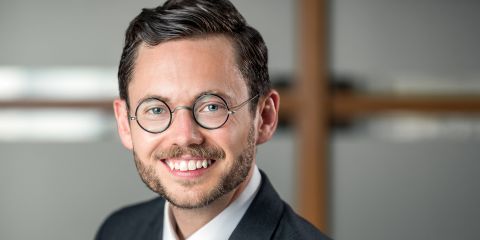