Beverley Baines is a Professor of Public and Constitutional Law with a passion for illuminating the legal strategies the patriarchal state deploys to deny women their right to equality which is guaranteed in the Canadian Charter of Rights and Freedoms. Her passion dates from her involvement as a feminist constitutional consultant, first to the Canadian Advisory Council on the Status of Women and then to the Ad Hoc Committee of Women on the Constitution during the Charter debates of 1980-1982.

Professor Baines earned a BA Hons (Economics and Political Science) from McGill and a JD from Queen’s, following which she articled with Trumpour and Kennedy in Kingston, joined Queen’s Law as a faculty member, was admitted to the Law Society of Upper Canada, and served as Associate Dean in the Faculty of Law (1994-1997). Seconded twice to the Faculty of Arts and Science, she was Co-Coordinator of the Institute of Women’s Studies (1991-1993) and Head of the Department of Gender Studies (2004-2011).

Professor Baines co-edited two books on women and constitutional law: The Gender of Constitutional Jurisprudence (2005) and Feminist Constitutionalism: Global Perspectives (2012). She has published papers and delivered international conference presentations that focus on giving voice to the intersectional claims of religious women living polygamously, accessing faith-based family law arbitrations, and wearing the niqab in Ontario courtrooms or when delivering and receiving public services in Quebec. She also writes about gender and the legal profession, including the Trinity Western law school controversy, United States Supreme Court Justice Ruth Bader Ginsburg’s call for the appointment of nine women justices on the American Supreme Court, and the history of women law professors in Canada. 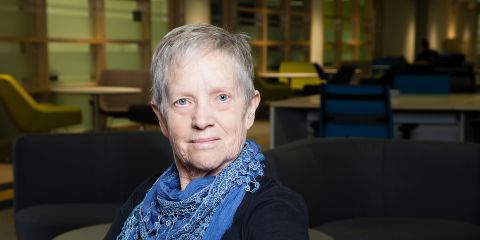 Charter of Rights and Freedoms