Darryl Robinson was a Hauser Scholar at New York University School of Law (LLM International Legal Studies), where he received the Jerome Lipper Award for outstanding achievement in international law.  Prior to that, he was the Gold Medalist at the University of Western Ontario Faculty of Law, where he was a President's National Scholar.

He articled at Osler, Hoskin & Harcourt in Toronto and clerked at the Supreme Court of Canada for Justice John Major.

He served as a Legal Officer at Foreign Affairs Canada from 1997-2004, providing legal advice and engaging in international negotiations concerning international human rights, humanitarian and criminal law.  His work in the creation of the International Criminal Court and in the development of Canada's new war crimes legislation earned him a Minister's Citation and a Minister's Award for Foreign Policy Excellence.

He joined the International Criminal Court as an adviser to the Chief Prosecutor, from 2004 to 2006, helping to shape the first policies and strategies of the new institution.  He was also involved in litigation, providing legal advice, negotiating cooperation agreements with the UN, Interpol and others, and strengthening external relations.

From 2006 to 2008, he was a Fellow, Adjunct Professor and Director of the International Human Rights Clinic at the University of Toronto Faculty of Law.  He was involved in an intervention at the Supreme Court of Canada in the Omar Khadr case, research for the Air India inquiry, and bringing a case to the European Court of Human Rights on behalf of a community of Roma who were expelled from their homes.

He joined Queen's University Faculty of Law in July 2008. 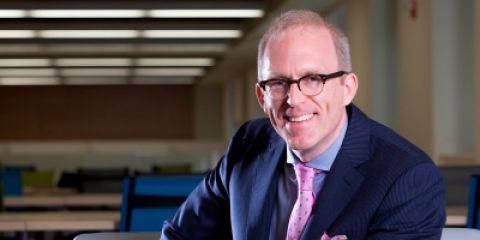