Professor Karton has taught at Queen’s Law since 2009, and was until recently the Associate Dean for Graduate Studies and Research. He holds a BA from Yale, a JD from Columbia, a PhD from Cambridge, and a “Qualified Arbitrator” designation from the ADR Institute of Canada. Before commencing his academic career, he practiced in litigation and arbitration at Cleary Gottlieb Steen & Hamilton LLP in New York. In 2022-23, he is the Tsai Wan-Tsai Visiting Chair Professor of International Law at the National Taiwan University College of Law. He has also held visiting positions at the Chinese University of Hong Kong, Wuhan University, the University of Nagoya, and San Francisco de Quito University in Ecuador.

Professor Karton is an internationally recognized expert on international dispute resolution especially international arbitration. He has written or edited four books and dozens of articles in his fields of interest, and has received wide recognition for his research, including most recently as an elected member of the International Academy of Comparative Law.

Much of Professor Karton’s research is interdisciplinary, influenced in particular by sociological theories and methods. His sociology of the international arbitration field, The Culture of International Arbitration and the Evolution of Contract Law, was published in 2013 to great acclaim in the academic and practitioner press. Currently, he is a co-lead investigator on the largest-ever empirical study of international commercial arbitration practice, The Social and Psychological Underpinnings of Commercial Arbitration in Europe, funded by the UK Economic and Social Research Council. His most recent book, a co-edited volume, is Diversity in International Arbitration: Why it Matters and How to Sustain It.

Professor Karton co-founded and remains the Managing Editor of the Canadian Journal of Commercial Arbitration, is a Book Review Editor of the American Journal of Comparative Law, a General Editor of Kluwer Arbitration Practical Insights (a leading online research guide for international arbitration practitioners), and sits on the editorial advisory committees of several other journals and blogs. He was formerly a member of the Executive Committee of the American Society of Comparative Law, and Chair of its Younger Comparativists Committee.

Aside from his scholarly activities, Professor Karton practices as an independent arbitrator and legal consultant. He is deeply involved in professional organizations in the arbitration and comparative law fields, especially in training and capacity-building programs. He is a Vice Chair of the Institute for Transnational Arbitration's Academic Council, a member of the core faculty of the Toronto Commercial Arbitration Society's “Gold Standard” course in arbitration, an instructor and advisory board member of the Africa Arbitration Academy, and a member of the board of directors of the Vis East Foundation, the non-profit that operates the Willem C. Vis International Commercial Arbitration Moot East in Hong Kong.

A winner of Queen’s Law Student Society Award for Teaching Excellence, Professor Karton is passionately dedicated to teaching. He is particularly proud of his involvement with the Vis Moot, at which he has coached four different universities to prize-winning results. A proficient speaker of French and Chinese, he is a member of the New York bar and his application to the Law Society of Ontario is pending. 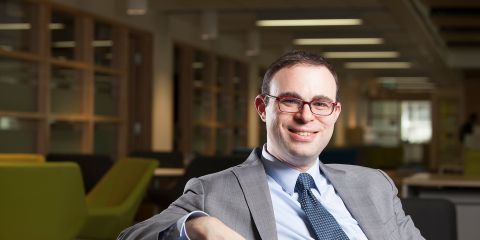 Professor Karton discusses his project, “The Social and Psychological Underpinnings of Commercial Arbitration in Europe”