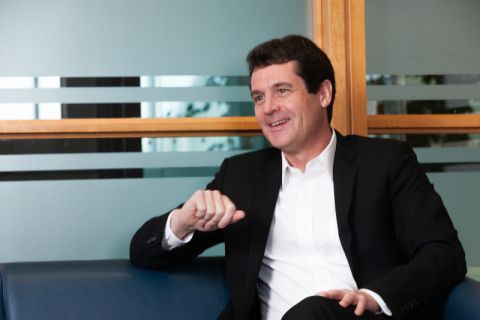 Dean Mark Walters, author of A.V. Dicey and the Common Law Constitutional Tradition: A Legal Turn of Mind (Cambridge University Press, 2020), shares his insights on how the theories of the leading mid-19th to early 20th century constitutional scholar continue to shed light on contemporary governance issues. 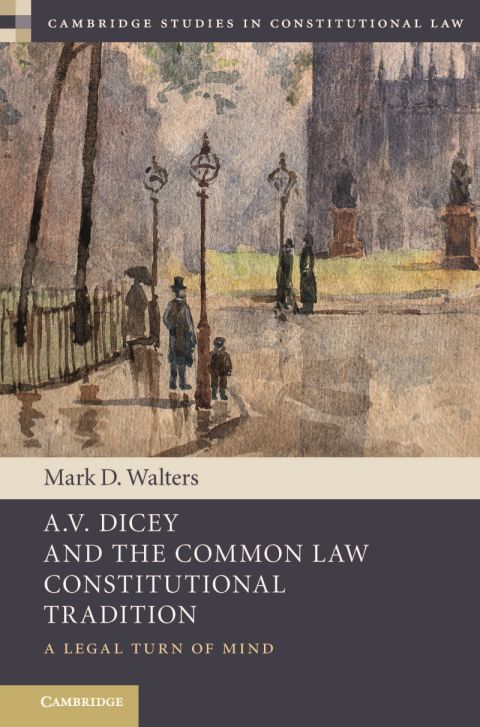 Generations of lawyers and judges in Canada and other common law jurisdictions around the world have been influenced by Albert Venn Dicey. A British Whig jurist and a leading mid-19th to early 20th century constitutional scholar, he is most known for his seminal work on parliamentary sovereignty and the rule of law. On February 5, Dean Mark Walters presented “The Common Law Constitutional Tradition: Is A.V. Dicey Relevant (in Canada) Anymore?”

Dean Walters, author of A.V. Dicey and the Common Law Constitutional Tradition: A Legal Turn of Mind (Cambridge University Press, 2020), shares his further insights on how Dicey’s theories continue to shed light on contemporary governance issues in this Q&A.

Why is it important today to study the evolution of constitutional theory in general, and the work of A.V. Dicey in particular?

Looking at the history of ideas is important, I think, because it increases the depth and richness of discussions about important topics. It helps to know that we don’t have to reinvent the wheel with each new problem. As for Dicey, his work in constitutional law helps us today not because it answers all of the questions we have about constitutionalism, but because he struggled to answer questions analogous to those we confront, and we can learn from both his failures and his successes.

How do these studies affect politics and law?

Revisiting a canonical text, like Dicey’s book, Law of the Constitution, can have an impact on both politics and law. In the case of Dicey, he explored in depth the difference between constitutional law and constitutional convention. Understanding this relationship is central to understanding problems of governance in Canada today where it is still the case that a hereditary monarch, as represented by a Governor General and Lieutenant Governors, holds the key legal powers of state but, by convention, must almost always obey the commands of elected ministers.

Please give a recent example that illustrates sovereignty and the legislative and executive powers in Canada. What would Dicey say about this and why is his theory on this situation important today?

A few years ago, the Supreme Court of Canada ruled that the “duty to consult” Indigenous peoples before decisions are made affecting lands or resources that they have claimed as part of their traditional territories is not triggered when the government of the day decides to introduce a bill into Parliament that would, if enacted, affect Indigenous claims. Citing the principle of “parliamentary sovereignty,” a notion Dicey made famous, a majority of the justices concluded that the legislative process must be free of such duties. So, the courts will impose a duty to consult Indigenous peoples when the executive makes decisions, but not when the legislature makes decisions (though, it should be noted, failure to consult before legislation is enacted might be relevant to the constitutionality of the legislation later).

If we could transport Dicey to our day, and bring him up to speed, I think he’d probably agree with this conclusion – though he would remind us that, technically speaking, Canadian legislatures can’t have legislative “sovereignty” because they are constrained by a written constitution in terms of what they can do.

In your talk, you mentioned that since 9/11 the theory that a country’s leader must have the ultimate authority to exercise sovereign power to set ordinary law aside has been resurfacing in American legal literature. Please elaborate on the view that the U.S. President can be above the law and just make a decree the election was invalid, so it doesn't count. What would Dicey say about this and why is his theory still important?

It has been noted by American constitutional scholars that in the years following 9/11 there has been a marked increase in interest in theories of law and sovereignty that assert that the chief executive of a state – the leader of the nation – must have the sovereign power to make the “exception” – to exempt people deemed enemies from the benefit of the rule of law, in particular the theories of the controversial Nazi jurist Carl Schmitt. In recent months, we have even heard claims that the U.S. President could simply declare martial law and prevent a transition of power to a new President. All of these ideas would have been heretical for Dicey. He thought that the common law (or English) constitutional tradition denied the executive such supreme sovereign powers, and he also thought that the American constitution built upon that common law tradition. Happily, a view consistent with Dicey’s position – that the President is under the law – has prevailed in the United States.

Why did you decide to write a book on about Albert Venn Dicey and his work?

I approached my study of Dicey’s work in constitutional law from a biographical perspective, mainly because I was fascinated by Dicey’s personal struggle to define his own role as a legal thinker and a legal writer. He also overcame a considerable physical disability, and he succeeded at a high level of scholarly and professional achievement despite being socially awkward and having, as his friends noted, some “oddities” in terms of his personality and behaviours. I have found this part of Dicey’s story fascinating, and perhaps others will too.

Dean Mark Walters is recognized as one of Canada’s leading scholars in public and constitutional law, legal history, and legal theory. He has researched and published extensively in these areas, with a special emphasis on the rights of Indigenous peoples, institutional structures, and the history of legal ideas. He held the distinguished F.R. Scott Chair in Public and Constitutional Law at McGill’s Faculty of Law for three years until his appointment as Dean of Law at Queen’s in July 2019.