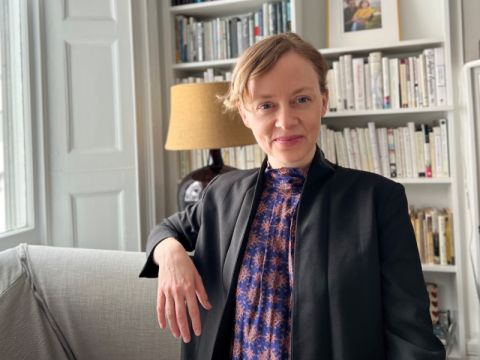 Professor Lisa Kerr explains what statutory release is and provides a breakdown of how the system works.

The violent acts of Myles Sanderson in the Saskatchewan stabbings have raised many questions about why he was in the community of James Smith Cree Nation at all.

First, there are questions about the system of statutory release that saw Sanderson leave federal prison in August 2021. Unlike parole, this is not a form of early release at the discretion of the Parole Board of Canada. Rather, statutory release is an automatic system of structured reintegration triggered once two-thirds of a sentence is completed.

The purpose of statutory release is public safety: it ensures that inmates do not leave a penitentiary without supervision and structure.

When a sentence is over, prison and parole officials are not able to tell a former inmate where to live, whether to abstain from alcohol, whether to communicate with a parole officer and so on. As such, the statutory release period is a critical part of community reintegration through robust supervision tools.

Parole Board not the only body involved

Focusing just on the Parole Board ignores the other equal partner in this system. The Correctional Service of Canada is responsible for the case preparation and the community supervision.

The only way that inmates can be detained past statutory release — until the end of their sentence — is if prison officials bring an application to the board showing that there are reasonable grounds to believe that the offender is “likely to commit an offence causing death or serious harm to another person” before the expiration of their sentence.

That is a high bar to meet. No such application was brought in the case of Sanderson.

Sanderson’s actions while on statutory release were, statistically, extremely unrepresentative of how people behave on this form of release.

The majority of statutory releases, 65.9 per cent, were successfully completed with no issues at all. A breach of a condition occurred in 26.5 per cent of cases — not a new criminal offence, but perhaps a failure to communicate with a parole officer as required. Just 6.4 per cent were revoked with a new non-violent offence.

To break these numbers down further: 57 people had their statutory release revoked in 2019-20. These numbers account for a small fraction of violence in this country. In that same year, there were 169,528 adults charged for violent offences.

Some may argue that to eliminate the 57 violence offences that occurred in 2019-20, statutory release should be eliminated. If only it were so simple. Without the supervisory safeguards that come with statutory release, releasing thousands of inmates directly from prison each year would make us profoundly less safe.

There have also been questions about the fact that Sanderson’s release was suspended in November 2021 because he failed to inform his parole officer that he was involved in an intimate relationship — a special condition of his release.

In February 2022, following a hearing on that issue, the Parole Board did not revoke his statutory release. Instead, the suspension of Sanderson’s release was cancelled and he was released with a reprimand. He returned to the supervision of Corrections Canada, as well as local police.

There have been widespread suggestions the Parole Board should have revoked his statutory release at the February review. Implicit in that view is the idea that Sanderson would have remained incarcerated — meaning the multiple murders and injuries he committed on Sept. 4 would have been prevented. The stabbing incidents left 10 people dead and 18 injured.

In fact, parole revocation does not mean indefinite prison. It means a recalculation of the statutory release date. The new date arrives at two-thirds of the remaining time before warrant expiry. That means Sanderson likely would have been released by summer. It is impossible to know whether a few more months in prison would have changed his path.

The difference between suspension and revocation

The Parole Board’s February 2022 decision to cancel Sanderson’s suspension, rather than to revoke his statutory release, is nearly 10 pages long. It provides a comprehensive picture of Sanderson’s difficult life and his involvement with the criminal justice system over many years.

It describes how his release was suspended when his ex-spouse contacted his parole officer to report that they had been living together and he had failed to report it. The parole officer expressed concern for the safety of his ex-spouse. It seems his risk to re-offend was elevated at that time. Suspension was a reasonable decision.

At the revocation hearing three months later, the Parole Board had to undertake a fuller analysis. At such hearings, the board considers more than whether there was a breach of conditions – it had to decide whether there is a real risk of re-offending.

This involves careful consideration of numerous factors. Sanderson had not committed a new criminal offence and he had turned himself in immediately. He had been sober for the four months he had been out, confirmed by regular drug tests. He had found work, attended therapy and engaged in Indigenous cultural activities. Sanderson had a new plan to live with someone other than his ex-spouse.

The Parole Board opted to allow his return to the community.

The board’s decision was a reasonable one for that moment in time. It appears to represent careful consideration of the many factors that are in play when assessing risk and broader goals of public safety in the near and long term. It is far from certain that a different decision would have been the key to preventing this tragedy.

This article is republished from The Conversation under a Creative Commons license. Read the original article.