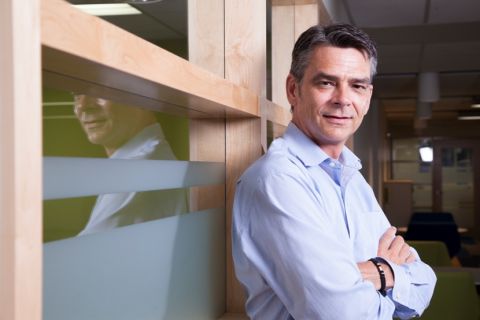 Professor Art Cockfield’s Bahamian roots have helped influence both his research, and his writing.

When I was a Queen’s Law student, one of my professors – Alex Easson – assigned us a paper, and I decided to write about offshore tax havens.

Part of the interest for me came from my heritage as the son of a Bahamian immigrant. I have always loved spending time in the Caribbean and I have taught a summer course at the University of West Indies in Cave Hill, Barbados in the past.

My interest in offshore tax havens led me to become involved in what was called the Offshore Data Leak in 2013, and the subsequent Panama Papers and Paradise Papers, which showed how a variety of people and organizations around the globe are using tax havens to evade the law.

Those disclosures have revealed a lot of disturbing information about international crime, and have opened a whole new world of research for people like me. I have acted as a legal consultant for the CBC and the International Consortium of Investigative Journalists (ICIJ) and they are doing an excellent job at shining a light on the issue. I am also currently a member of the Canada Revenue Agency’s Offshore Compliance Advisory Committee, which is looking into these issues.

I have also been quite interested in taxation around what was then called electronic commerce when that topic was first explored in the late ’90s. This topic is heating up again as many feel Canada is not earning its fair share of tax revenues from the FAANG group – that’s Facebook, Amazon, Apple, Netflix, and Google.

I have also branched off into intersection of law and technology, such as the laws governing algorithms. A recent paper I co-authored with Professor Frank Pasquale of the University of Maryland and the Yale Information Society Project looked at how we integrate ethics, policy, and law in the digital age.

Who are some of your main collaborators?

Right now I'm working with Professor Pasquale on law and technology theory and with Professor Christian Leuprecht of Royal Military College and Queen’s University on global financial crime. Christian and I were supported by Pam Simpson, an MA candidate at Queen’s, and by Masseeh Hasseeb who is a PhD in Law candidate at Queen’s. I’m also lucky to be working with four terrific PhD candidates at Queen’s Law: Saro Persaud, Ryan Minor, Kasia Macnaughton, and Patrick Wells.

Ensuring taxpayers pay their fair share affects how much tax we receive to fund schools, hospitals, and other government services. On the flip side, over-taxation and inconsistent taxation creates barriers to international trade.

When did you decide academia was the best route for you?

When I was a Queen’s Law student (class of Law’93), I just found law studies to be very interesting. It just seemed I could swim in this ocean of legal knowledge for a career. I also get a big kick out of teaching; we are lucky to have so many talented and interesting law students at Queen’s.

What are you working on right now?

There’s a conference coming up in March 2019 in Barbados focused on law and development. The conference is being co-organized by Queen’s Law, the University of West Indies (UWI) and the Organization for American States (OAS). My co-organizers include UWI Dean David Berry (LLM’93), a Queen’s alum, and the OAS’ Jeanette Tramhel (Law’87), who is also a Queen’s grad!

I will be participating in a panel on international tax law, and part of my discussion will be around international financial centres such as Barbados and their importance to Canadian businesses.

What are some of your hobbies and interests?

My favourite movie is Star Wars Episode IV with Raiders of the Lost Ark as a close second. I actually worked a Star Wars Episode 1 reference in my latest paper on tax wars – since the conflict of that movie revolved around a tax war that triggered the galactic battle between the Jedi and the Sith.

I have published law novellas – mini-legal thrillers with a lawyer protagonist facing legal problems – which I use in the classroom, and I am currently working with my agent Michael Levine of Westwood Creative Artists to find a publisher for my latest book, Harbour Island, which is a legal thriller set in Toronto and the Bahamas. Harbour Island is where one of my great-grandmothers was born and is my favourite place to visit in the Bahamas. It is a small island with a beautiful mile-long pink sand beach.

I recently reunited with my old Dungeons and Dragons group. I am the Dungeon Master, so I guided the adventurers through the ‘Dungeon of Doom.’ It is heartening to see the culture has changed so that I can now admit to this past-time without fear of a schoolyard beating.