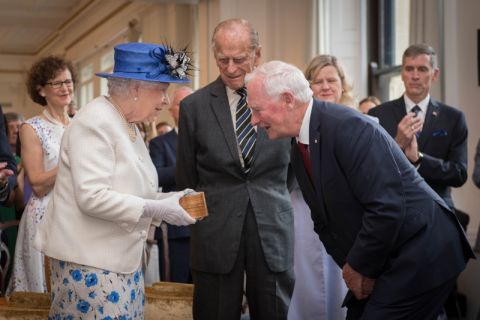 The Right Honourable David Johnston, Law’66, LLD’91, a former Governor General of Canada and a former Queen’s Law faculty member, is among the Canadian delegation now in London, England, to attend the state funeral of Queen Elizabeth II in Westminster Abbey on September 19.

Over the past week, he has been sharing with the national media his memories of Britain’s longest-reigning Monarch:

“Power Play One on One with David Johnston” (CTV News Vancouver)

Memories of Her Majesty