Ardi Imseis is interested in the intersection of power, politics, law, and justice, and the practical impact of those phenomena on international relations in general and on underrepresented peoples in particular. Professor Imseis is currently working on a book which critically examines the gulf between international law and United Nations action, using the question of Palestine as a case study. He joined the Queen’s Faculty of Law in 2018, following a 12-year career as a UN official in the Middle East, first with the United Nations Relief and Works Agency for Palestine Refugees in the Near East (UNRWA), and then with the United Nations High Commissioner for Refugees (UNHCR). Since leaving the UN, Imseis has continued to engage in high-level public advocacy on international law, peace and security, including a number of invited addresses to the UN Security Council. Between 2019-2021, Imseis was appointed by the United Nations High Commissioner for Human Rights to serve as a Member of the Group of Eminent International and Regional Experts, a commission of inquiry mandated by the UN Human Rights Council to investigate and report on violations of human rights and humanitarian law in the conflict in Yemen. He serves as the Academic Director of the International Law Programs that Queen's Law offers at the Bader International Study Centre, Herstmonceux Castle, East Sussex, United Kingdom.

Imseis is admitted to the practice of law in the province of Alberta. Between 2010 and 2011, he served as Senior Legal Counsel to the Honourable Catherine A. Fraser, Chief Justice of Alberta.

For a full list of Professor Imseis' publications, please consult his CV. 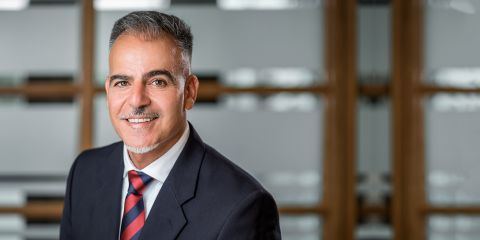