Oluwatobiloba Moody, PhD’16, began his academic appointment at Queen's Law on January 1, 2022. Since receiving his doctorate, he has advised Canada’s federal and provincial governments on key intellectual property policy initiatives, and has overseen the establishment of the World Intellectual Property Organization’s (WIPO's) first external office in Sub-Saharan Africa .

Moody, who holds an LLB from the University of Ibadan in Nigeria and an LLM from the University of the Western Cape in Cape Town, South Africa, received a $150,000 Vanier Canada Graduate Scholarship for his doctoral studies at Queen’s. He wrote his thesis on the topic “WIPO and the Reinforcement of the Nagoya Protocol.”

Moody’s most recent publications include a chapter on “Trade-Related Aspects of Traditional Knowledge Protection” in the volume Indigenous Peoples and International Trade: Building an Equitable and Inclusive International Trade and Investment Agreement (Cambridge University Press, 2020, eds. Risa Schwartz and John Borrows); and a featured article, “Climate Action and Sustainability: Indigenous Peoples are Part of the Solution,” in the WIPO Magazine (January 2020).

As a post-doctoral fellow with the Centre for International Governance Innovation (CIGI) in Waterloo from 2017-2019, he collaborated with Canadian and multilateral institutions and researchers to design and implement CIGI’s work in traditional knowledge governance.

Next, he returned to WIPO – the organization with which he had served as a staff member from 2012 to 2014 and then as a consultant since 2016 – to establish, as well as take on the role of Counsellor/Acting Head of the WIPO Nigeria Office (the organization’s external office in that country), interfacing with key IP institutions and stakeholders to promote awareness, training, and capacity-building in the field of IP and across WIPO’s global services in Nigeria. 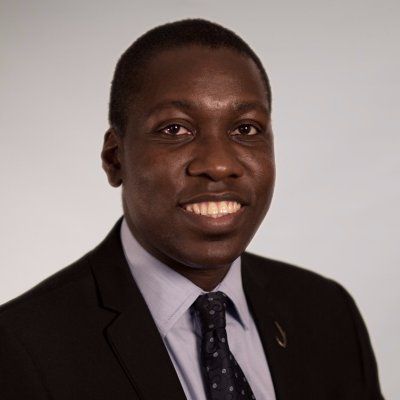